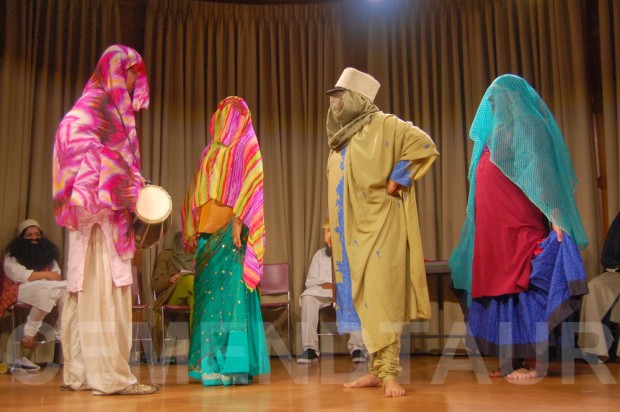 Since I’m always complaining about self-censorship in Britain and state censorship in Malta, it’s great to be able to report that now Pakistan wants to get in on the act. Ajoka theatre company’s new show, Burqavaganza — a humorous and satirical tale of a young couple who try to form a relationship despite the social forces pulling them apart — has been banned by the government. No prizes for guessing that it’s those religious fanatics — this time the women’s wing of the Islamist political party Jamaat-e-Islami — who are the killjoys. As usual, the stink of self-righteousness overwhelms any attempt at artistic questioning or provocation. It always make me think that the censors, who usually haven’t even read, let alone seen the play in question, are suffering profoundly from the sin of pride. So stupid and appalling is this cretinous decision that it seems perverse to look for a silver lining. However, being not averse to a bit suburban perversity, I can from the comfort of my Western location deep in Babylon say that at least it proves that the enemies of theatre take the art form far more seriously than many of its advocates. The Guardian blog tells the whole sorry tale. Listen to Ajoka’s Shahid Naseem.