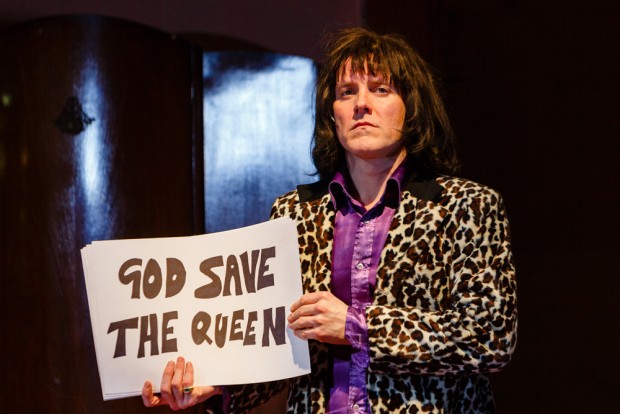 The sense of humour is a funny thing. It raises questions about whether what we find funny can tells us anything about who we are, or what we might become. The case of Screaming Lord Sutch, the semi-legendary rock singer and founder of the satirical Official Monster Raving Loony Party, begs the question: is his wild eccentricity an example of our national pride in tolerating bonkers people, or just an individual act of wonderful silliness? And what does it say about our political system that although he lost every one of the 41 parliamentary elections that he stood in as a candidate, he still managed to attract a couple of percentage points of the vote?

Born in 1940, David Edward Sutch (ennobled by deed poll) enjoyed a musical career in which he rubbed shoulders with the likes of Jimmy Page, Jeff Beck and Keith Moon, while simultaneously chasing an unserious political career, first as a member of the National Teenage Party and then, in 1983, setting up the Official Monster Raving Loony Party. By the time of his suicide in 1999, he was a regular figure at by-elections, with his huge top hat and flamboyant clothes. As the results were read out by election officials, it was always a joy to watch him smirking at or prodding rival candidates, a splash of anarchic joy amid all the gallons of seriousness.

James Graham’s new show, which opened in Plymouth in February, captures the spirit of Sutch by telling his life story through a series of sketches, each of which pays tribute to the popular culture of the decades from the 1950s to the 1990s. Starting off with Max Miller and the music hall, with a nod to the Welfare State of the 1940s, the tale progresses past signposts such as The Goon Show, Peter Cook and Dudley Moore, classic stand-ups like Tommy Cooper, series like Till Death Us Do Part, then surreal Monty Python, national treasures Morecambe and Wise, ’Allo ’Allo, Ad Fab, and many more. Politicians such as Harold Wilson and John Major make an appearance. If you don’t recognise these names, then this is not the show for you.

At its best, the writing has a lightness and cleverness that impresses, even as it conceals the lack of anything much to say about either Sutch or his cultural context. So Graham uses a sketch parody of The Morecambe and Wise Show to discuss the Common Market and the British electoral system; a Monty Python sketch covers Sutch’s appointment with his doctor, in which he talks about his depression. Steptoe and Son? More about depression. ’Allo ’Allo? Registering to be a candidate in Finchley, Maggie Thatcher’s seat. The juxtapositions of form and content are interesting, but not revelatory.

Simon Stokes’s rough’n’ready production features songs and audience participation, and the atmosphere is fairly jolly, and silly in a relaxed way. I suspect that Monster Raving Loony will appeal more to oldies who remember the 1950s than to young people, who might be puzzled by some of the historical references. It’s all good clean fun, but a bit too relentless to be moving, even during the episode in which Sutch’s beloved mother dies. Although he comes across as being squarely in the tradition of the Fool, the jester who questions authority and thumbs his nose at pomposity, this show won’t tell you much about what really motivated him, or kept him going.

Using panto, farce, television sketches, genre film references, Punch and Judy puppets, the cast do imitations, sing songs and play instruments in Sutch’s band, The Savages. Inevitably, a lot of the work falls on the shoulders of Samuel James, who plays the excitable Monster Raving Loony himself while simultaneously impersonating dozens of pop-culture icons. His rendition of “I (Who Have Nothing)”, the 1963 Ben E King classic, is amazingly impassioned. He is ably supported by Jack Brown, Joanna Brooks, Vivienne Acheampong and Joseph Alessi, while Tom Attwood plays the music and Bob Bailey is the designer.

After some 100 minutes of raucous entertainment you’re left with a vivid impression of British national identity: we are a humorous people, we love television and pop culture, and the Beeb; we are also eccentric, and anti-authoritarian, and a bit nostalgic. Oh, and anti-German jokes still make us laugh. Above all, we don’t take politics too seriously; we dream of aping our so-called betters; and we delight in pricking the bubble of self-important pretentiousness. We don’t take life too seriously. We are great. In some obscure corner of our hearts, we are all Lord Sutch.