Forget Me Not, Bush Theatre 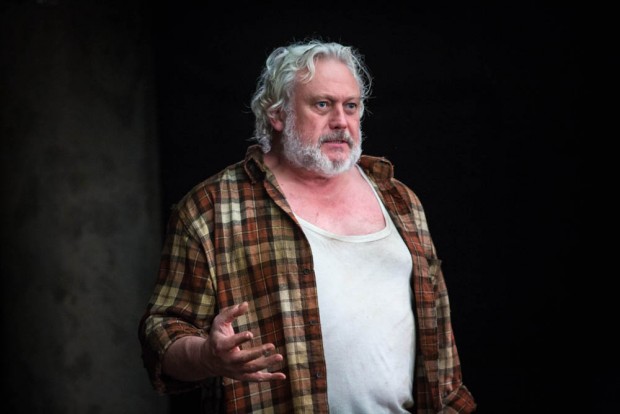 Past wrongs cast long shadows. Following the passing of the 1901 Immigration Restriction Act, successive Australian governments favoured migrants from English-speaking countries in what was called the White Australia policy. Between 1945 and 1968, for example, more than 3,000 British children were sent to the antipodes and told they were orphans. They expected the sunshine of a new start; what they got was the darkness of abuse. Australian playwright Tom Holloway’s 2013 drama looks at one instance of this policy, and denounces a historical wrong while at the same time holding a family reunion story close to its heart.

In Australia, the sixtysomething Gerry — who has lived his life believing that he was an orphan — is told by Mark, who works for the Child Migrant’s Trust, that his mother Mary has actually been alive for this whole time. So, with moral support from his daughter Sally, with whom he has a troubled relationship, he crosses the world to come back to Liverpool to meet his mother. He can’t remember anything about her, but can she satisfy his desire to know where he came from, and who he really is? In an elegantly constructed and emotionally compelling four-character play, Holloway explores this question by travelling through memory and imagination, and landing on the hard truths of family life.

Gerry is one of life’s losers, a great big violent man with a drink problem who is almost felled by the revelations he discovers. Russell Floyd, known to many from EastEnders and The Bill, delivers an impressive performance, prowling and growling, his Gerry obviously uneasy in his own self, a damaged giant with a skin so thick it weighs him down. But when it splits the torrent of feelings is so strong that it can sweep away all before it. As his mother, Eleanor Bron is at first a tough, if scatty, old bird, who can also be violently foul-mouthed and touchingly vulnerable. Her empty boast that a “Scouser could survive a nuclear war” is typical. In one tender moment, she fills Gerry’s glass too full with wine, and he drinks it too fast. The gaucheness is beautifully played.

Floyd’s acting, and Holloway’s writing of course, present a vivid picture of masculine distress. Gerry’s drinking, his explosions of violence, his abusive relationship to his now-dead wife, and the spiky interchanges with his daughter, all indicate a life completely dominated by the single fact of his transportation as an infant to Australia. In this character, we quickly see all the anguish of a little boy torn away from his single mother in the repressive atmosphere of the 1950s, and sent to other side of the world. Where his childhood and youth is spent in punishingly hard labour on a farm. With Mary fobbed off with lies about a good middle-class family adopting her son, and the Catholic church facilitating the removal of evidence of her “sin”, Gerry is a strong symbol of historical injustice. Even though no government is explicitly denounced in the play, this drama is clearly a political statement.

Holloway’s writing turns up the emotional temperature in each successive scene, with superb attention to detail and acute observation of family dynamics. And just when you think that one heartbreak is enough, he brings in another one with a lovely trick in Act Two which not only changes your view of the main characters, but also deepens the painful theme of loss and deprivation. If the character of Sally is slightly too self-aware to be totally convincing, most her interactions with her father — in the context of a violent family life — feel exactly right. And throughout the play, the sharp tang of injustice salts the wounds of all involved.

Dedicated to the Child Migrant’s Trust, a body which addresses issues around the deportation of children from Britain, the play is serious, emotionally fraught and very moving, if a touch relentless and unrelenting. But there are some lovely moments: you shouldn’t be ashamed to cry when Mary presents Gerry with a birthday cake. Although Steven Atkinson’s production, co-produced with HighTide, is finely judged as regards the acting, his constant use of very loud music — Handel’s “Sarabande” and Queen’s “Who Wants To Live Forever” — clashes with the more tender aspects of the story. And repeated blasts of the Handel are not only wrong in tone, they rapidly get on your nerves. Still, the supporting cast of Sarah Ridgeway (Sally) and Sargon Yelda (Mark) are great, and so is Lily Arnold’s suitably spartan design. This is a highly relevant play which mixes strong personal emotion with an equally powerful political point. I suspect that Forget Me Not will prove to be hard to forget.