Home » Blog » About The Horse’s Mouth

About The Horse’s Mouth 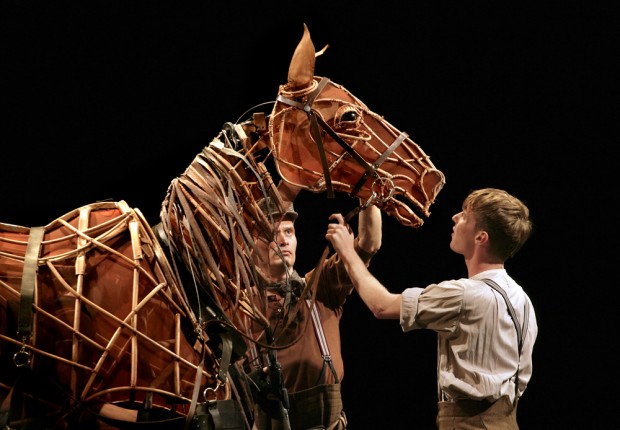 How do you take a story told from the point of view of a horse, turn it into a successful stage play, and then see the result messed up by Steven Spielberg? In The Horse’s Mouth (Oberon), Mervyn Millar describes the dedication, innovation and imagination needed to create one of the most successful history plays of contemporary British theatre (although he resists the temptation to take a pot shot at the film). In what is basically a short but fascinating rehearsal diary, Millar – who is artistic director of Handspring puppet company — looks at all aspects of the creative process, from the original mad idea to the finished show. It includes material from interviews with all the different members of the production team, from directors to puppet-makers, and from playwright to actors. But, as he points out, “It’s a testament to what an audience can do that War Horse has succeeded: it’s a one-show manifesto for what theatre can do that other art forms cannot — share the act of creation, of imagination, with the audience, on the night, and in the moment.” At all times, Millar’s writing is clear, pacy and illuminating, and the illustrations — which include four pages of colour photographs — are fabulous. This excellent publication is an updated edition of the book first published in 2007. Don’t bother to see the film version: spent your money on this lovely book.