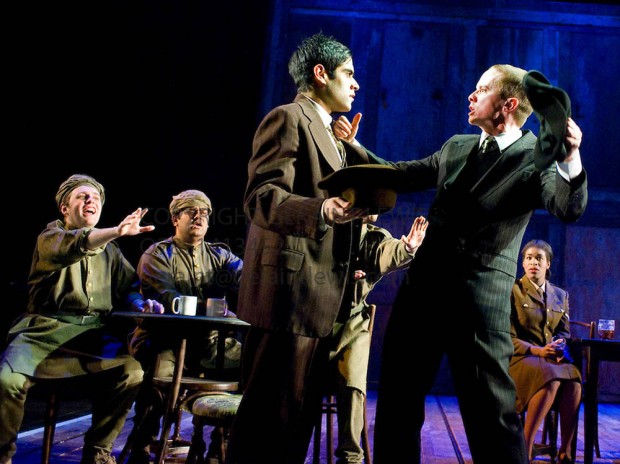 A week is a long time in cultural politics. Seven days ago, a Guardian blog by Hussain Ismail criticized Richard Bean’s current play, England People Very Nice (National) for being “little more than one, long joke”, masking racial “prejudice behind crass humour”. Rather than produce “caricatures of people who have suffered”, the National Theatre should “provoke an intelligent, dignified debate”. Well, it certainly provoked discussion. Some 140 comments were clocked up within a couple of days and the chat raged back and forth between impassioned attacks on the play and its stereotyping of immigrants, and equally impassioned defences of it. While a depressing amount of posts began with the phrase “I haven’t seen the play, but…”, a few cool spirits urged us to listen to exactly what Bean was saying — and to exactly what Ismail had written. Certainly, accusations that the National is a place where only white dramas are staged, and where the white middle class gathers to laugh at impoverished East End Bengalis, seem preposterous to anyone who has actually been to that theatre. Equally, it should be noted that some of the biggest laughs on the press night came when Bean’s stereotypical white middle-class trendy couple, St John and Camilla, took the stage. The play certainly is a rude ’n’ crude comic riot, a kind of cartoon 1066-and-all-that history, and some critics have complained that it’s much too long, but what’s wrong with filing the stage with stereotypes and laughing at everyone, from yesteryear’s Huguenots to today’s Somalis? Pirate Dog agrees, and dares to suggest that it is a mark of cultural strength that the National can parade such a welter of comic prejudices so confidently, and with a gloriously multiracial cast in which white thugs are played by black and Asian actors, and some white actors play, for example, Bangladeshis. He also points out that provocation is what new writing is all about, isn’t it? Who cares about intelligent and dignified debate: he doesn’t. All he cares about is the right to offend: surely worth defending, no?