Home » Blog » Simon Annand: The Half

Simon Annand: The Half 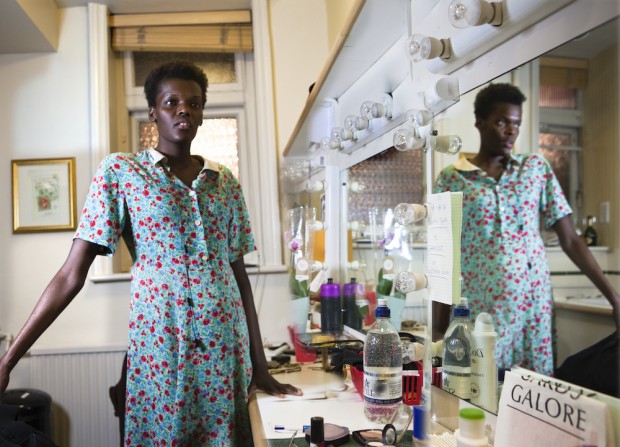 Simon Annand, one of the best portrait snappers in the country, has an exhibition of his work opening on 7 September at the Lawrence Batley Theatre in Huddersfield. This selection focuses on catching actors backstage while they prepare for the show in the half hour before they go on stage. As well as Sheila Atim, the exhibition also includes pictures of Cate Blanchett, Judi Dench, Daniel Graig and Jude Law, as well as a new selection of portraits of actors such as Gillian Anderson, Phoebe Waller-Bridge and Ruth Negga. And, as they say, many more. With a date range of some 30 years.