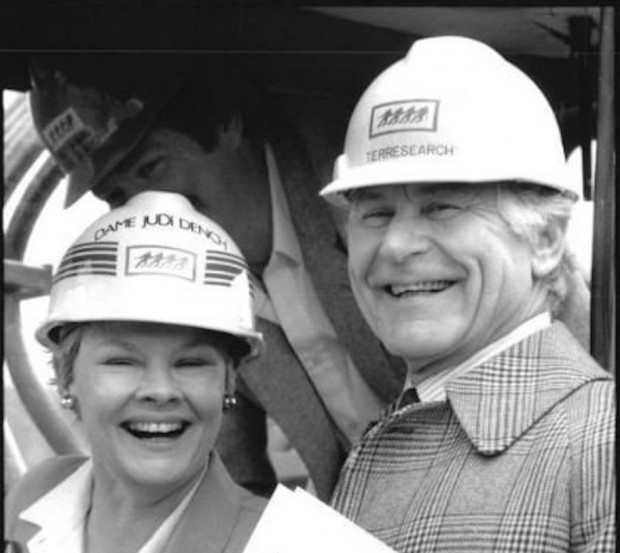 One from the archives: in 1988, excavations began on the site of Shakespeare’s Globe, and the occasion called for a symbolic moment. Sam Wanamaker, American actor and director, and the passionate force behind the project, organized the event, which nearly ended in catastrophe: “For Shakespeare’s Birthday in 1988, over 400 children from different countries processed into Southwark Cathedral carrying candles, wishing Shakespeare ‘Happy Birthday’ in their own language, while, on the Globe site, Judi Dench, newly made a Dame, donned a yellow helmet and operated the crane to dig the first hole on the site. The crane’s claw, full of dirt, swung perilously near Sam’s head, threatening to deposit the lot on top of him.” (Diana Devlin, Sam Wanamaker: A Global Performer, [2019])