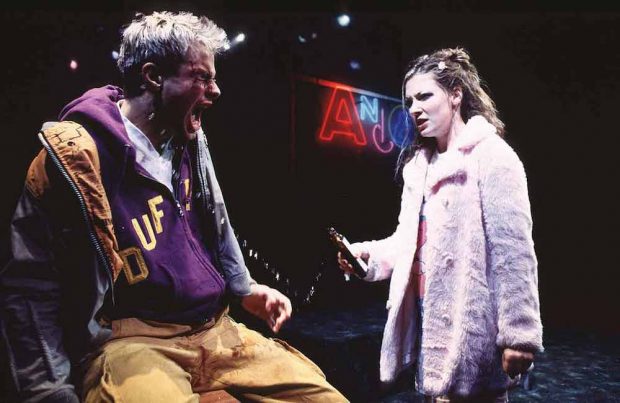 One from the archives: Mark Ravenhill’s 1996 play, Shopping and Fucking, had the most memorable title of any drama since John Osborne’s Look Back in Anger in 1956. But because of a Victorian law, the Indecent Advertisements Act 1889, the play’s title could not be displayed uncensored on publicity material, and the problems of using provocative language did not end there, as Royal Court chief executive Vikki Heywood remembers: “It became the play of that time. When we moved into the Ambassadors and the Duke of York’s [West End venues while the Court’s Sloane Square base was being refurbished] we had a new computer system and it barred the word ‘fucking’ from everything, so we couldn’t send any emails about the show for a few days until we worked out how to override it.” (Ruth Little and Emily McLaughlin, The Royal Court Theatre Inside Out, [2007])