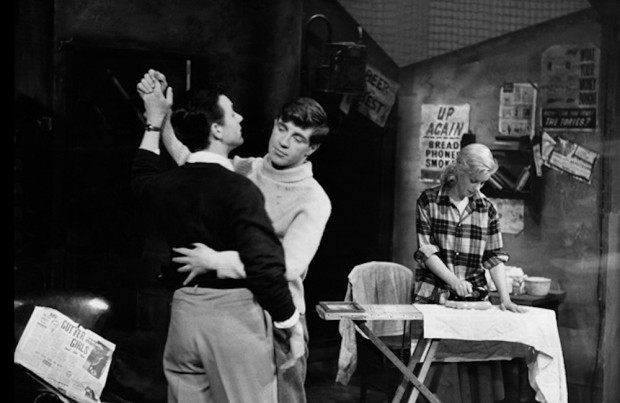 One from the archives: John Osborne’s Look Back in Anger (Royal Court, 1956) is today seen as an example of the work of an Angry Young Man and of serious kitchen-sink drama. But its author had other ideas: “We had one preview night, nearly unknown then when stars would be expected to clean up automatically for weeks in the provinces before descending on the West End. [Royal Court Artistic Director] George [Devine] and Tony [Richardson, director of Look Back in Anger] were baffled by the persistent laughter. When the third act opened to discover Helena drooped over Alison’s ironing board, no one could ignore the cheers that applauded the ironing-board’s performance. ‘But why do you think they’re laughing so much?’ asked Tony, alarmed. ‘Because it’s supposed to be funny,’ I replied.” (John Osborne, Looking Back: Never Explain, Never Apologise, [2004])