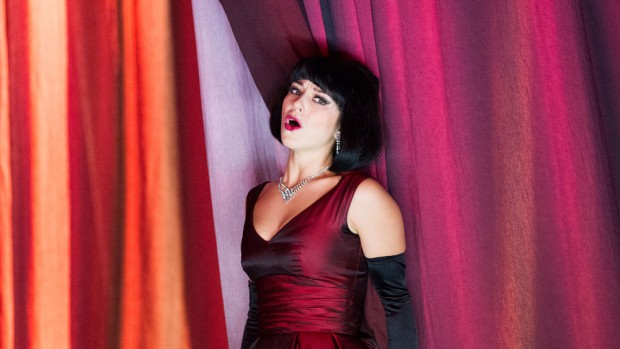 Peter Konwitschny’s highly contemporary production of Verdi’s La Traviata, which opened last night at the ENO’s London Coliseum, is one of the most exciting evenings for a long time at this venue. Deeply felt and visually powerful, it is a great piece of programming by supremo John Berry. With a bare set hemmed in by bruised red drapes, Konwitschny uses the stage space to explore the psychology of the characters, from constrained crampness to freeing openness. As Violetta and Alfredo, Corinne Winters and Ben Johnson deliver a genuinely moving finale which feels both fresh and truthful. Cut by 20 minutes into a one-act evening that runs for less than two hours, this is a lively and compelling production excellently conducted by Michael Hofstetter. But although Konwitschny is an innovative director whose work brings a powerful gust of originality to what can so often be just a dusty classic, his aesthetic sense is stronger than his tact. Some of his decisions are frankly coarse: making Alfredo a duffel-coated bookworm or bringing his sister onstage as a pony-tailed Ugly Betty. And what’s that pistol doing? Yet despite these crude gestures, this is a very vivid and enjoyable production that not only inspires disputation, but also lingers long in the memory.