Home » Blog » On the Hightide Festival

On the Hightide Festival 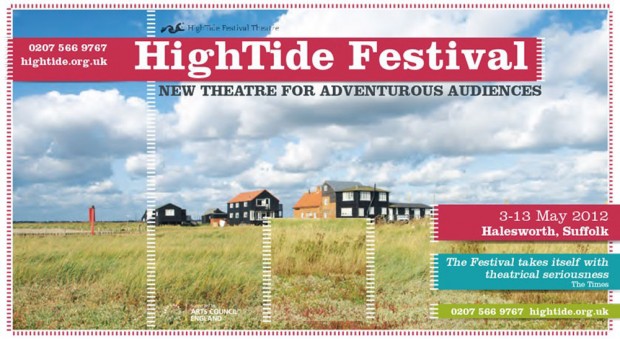 Yesterday, I was at the Symposium Day of the Hightide Festival in Halesworth, Suffolk. It was brilliant: hosted by the artistic director Steven Atkinson and literary manager Rob Drummer, the event featured stimulating talks by playwrights David Edgar and Steve Waters, as well as platforms which included new playwriting talents such as Ella Hickson, Vickie Donoghue, Laura Poliakoff and Mellissa Flowerdew-Clarke. And much, much more. It was really good to spend a day talking to theatre-makers about the different generational perspectives on the history, the anger and the future of new writing. Latest trends include event theatre, pop-up performances and those writers who work outside the mainstream. So. Taking stock of where we are, and where we might be going. A truly wonderful day. On the way home, something that Madani Younis, new artistic director of the Bush, said, stuck with me: talking about his work at Freedom Studios in Bradford, he said that their motto was “We are not afraid to stand in the rain while all the others huddle under the same umbrella.” Yes!