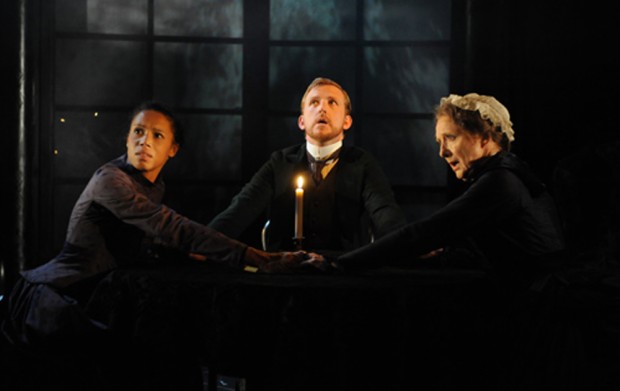 Although the Hampstead Theatre has had a good year, and has celebrated its 50th anniversary with some sound shows and great revivals, it still seems to be a venue whose real achievements are strangely unacknowledged. At the moment, it is staging Michael Punter’s engaging slice of Victorian gothic, Darker Shores, an atmospheric ghost story beautifully directed by departing artistic director Anthony Clark. As well as attracting local schoolkids, whose ability to spontaneously whoop and gasp make them an ideal audience for such chilling sensational fare, the theatre has also managed to get a much younger and more diverse audience than ever before. Last night, for example, you could see young women in headscarves discussing the religious ideas in Punter’s play. It’s good to know that some of the audience brought in by Atiha Sen Gupta’s What Fatima Did… has come back for more. Isn’t that worth celebrating?