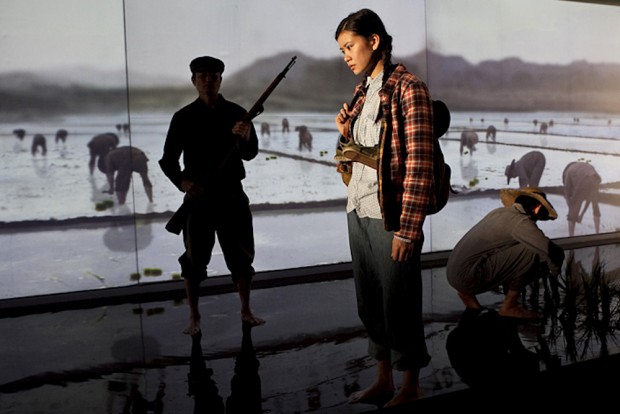 Not every English play has to be about England. At the Young Vic, the national skill of adapting books into stage shows gets a shot in the arm from an unlikely source. Wild Swans, the bestselling 1991 doorstopper memoir by Jung Chang, has been adapted by Alexandra Wood and magnificently staged by Sacha Wares. I saw the show yesterday and I loved the way that the large cast suggests the huge population and huge events of China’s postwar history, with the story of three generations told in 90 minutes. While Imperial China is evoked in a puppet play, the revolution led by Chairman Mao is played out through the relationship of Chang and her father and mother, both militant revolutionaries. The main conflict, between her father’s strict Communist beliefs and the bonds of family life, is repeated in scenes which show the stern morality of the 1940s Communists, the madness of the Cultural Revolution and the final introduction of market forces. Not all the acting is first-class, but Chang is well played by Harry Potter star Katie Leung. The staging, by Miriam Buether and Beijing video artist Wang Gongxin, is vividly memorable.