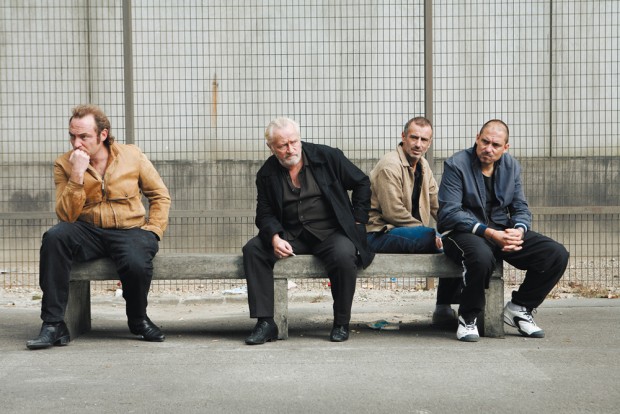 This weekend, I was lucky enough to go to the gala screening of Jacques Audiard’s film, Un Prophete, at the Vue cinema in Leicester Square. It was part of the London Film Festival and it made a nice change from going to endless press nights. (Although, let me pause here to pat Pirate Dog on the head in a reassuring manner, as I do know that he’s not very keen about me going out at all, unless he’s with me. And unless it’s walkies.) From the point of view of the experience, a couple of things won me over to this film screening: the seats were really comfortable (why, oh why are theatre seats so poor? Wake up guys, it’s the 21st century!); each seat came with a bottle of water and a small chocolate bar (why, oh why can’t theatre get this kind of sponsorship?) And, of course, the film was great, a really compelling watch (Brit film has nothing of comparable power and mythic significance). Although the postshow Q&A was a bit of shambles, I would recommend this film which offers an unforgettable picture of race, crime and prison in contemporary France. Excuse me now, I must check out Audiard’s other films…