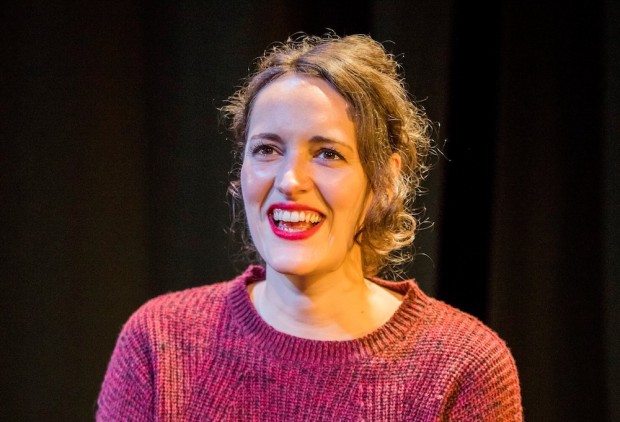 It’s television, not theatre, that has real power. Real cultural force. Cultural muscle. Take the case of Phoebe Waller-Bridge’s one-woman show, Fleabag. First staged in 2013 at the Edinburgh Festival Fringe, it has appeared twice at the Soho since then, garnering a shelf-load of theatre nominations and awards along the way. That’s great, but nobody outside the narrow world of the London theatre scene knew much about it. Then, earlier this year, this hour-long monologue was shown on BBC Three digital TV as a six-part series — and bang! Suddenly everyone was talking about it. What had started as a piece of specialised new writing became a massive cult hit.

Waller-Bridge’s debut play, Fleabag is all about the type of young woman that we all instantly recognise. The one that radiates “bad news” all around her; the one that screams “danger” from every pore; the one with “help” tattooed across her forehead — in capital letters. She’s needy, and she has lots and lots and lots of personal problems, but her saving grace is that she is funny. Very funny. Very filthily funny. Fucking amazingly filthy. It’s like a stand-up comedy routine that’s had 20 shots of vodka and then taken a roaring trawl through a dozen bars all over town.

Fleabag’s life is complicated. Although she has a boyfriend, Harry, she behaves like a single woman, especially during her frequent bust-ups with him. In a highly sexualised culture, she is a highly sexualised woman. So her life is like this: thinking about sex, doing sex, watching sex. Sex, sex, sex. Funny stories about sex. Sad stories about sex. Insights into why her life is all about sex. But where there’s sex, can death be far behind? Fleabag has her share of death: her mother’s just died, and so has her best friend Boo. With Boo, she had set up a guinea-pig-themed café, which is now in trouble financially. So all this sex talk is just a manic distraction from her other worries.

Waller-Bridge sits on a high red stool, and the show begins with a job interview, which is soon interrupted as she narrates some telling incidents from her rather shambolic life. Let me see, there’s the rodent guy she bumps into on the tube, the feminist lectures that she goes to with her sister, the story about sexting pictures of her vagina, the story about anal sex, the story about getting high at a music festival, the sad guinea pig story and the gross one about Harry being sick in a toilet. The skill is in the telling: Waller-Bridge switches from one mood to another in flash, with moments of tenderness bruised by incidents of cruelty, while quick booms of perception nuzzle into loud snorts of knowing derision. It’s great if you feel as up as she does, but there’s always the feeling that she’s constantly running for a punchline: as she herself admits, her sister tells her “to stop talking to people like I’m doing a stand-up routine”.

This line is typical of Fleabag’s smoothly self-conscious and highly self-aware take on contemporary womanhood. Whether she is talking about periods, porn or sex, or about men, women or work, the speed of the writing and the pace of the jokes carries everything along in a rapid-fire rat-a-tat of one-liners, two-liners and short stories. At its best, the mix is clever, hilarious and defiantly true. At its worst, it is predictable, superficial and fake. But what does it matter? By now, Waller-Bridge has such a huge following that her live shows end on a note of amazing audience adulation — she really rocks. As she knows it.

Although it is short, Fleabag is almost perfect in its balance of guiltless hilarity and frank awkwardness, and it tells tales that either sex can easily identify with. (We all make mistakes, sometimes excruciating mistakes.) At the same time, it has to be admitted that there’s something tastelessly cynical, and borderline voyeuristic, about this relentless focus on the sexuality of a young woman. Even if we accept that Fleabag’s libidal obsessions conceal an inner void, it’s hard to forget that we prefer the comedy to the empathy. To really empathize with this character, we’d need to know much more.

As directed by Vicky Jones, who is co-artistic director with Waller-Bridge of new-writing theatre company DryWrite, this is a superlatively slick show. Waller-Bridge’s posh everyday voice contrasts with her mimic of Joe, her loud cockney friend, while other characters share the soundtrack with noisy effects (orgasmic moans, rodent squeaks and echoing corridors). Swift changes of mood and feeling keep the audience engaged and the serious moments are brilliantly well prepared, with some help from Holly Pigott’s design, Elliot Griggs’s lighting and Isobel Waller-Bridge’s sound. It’s a triumphant production of a dazzling show.