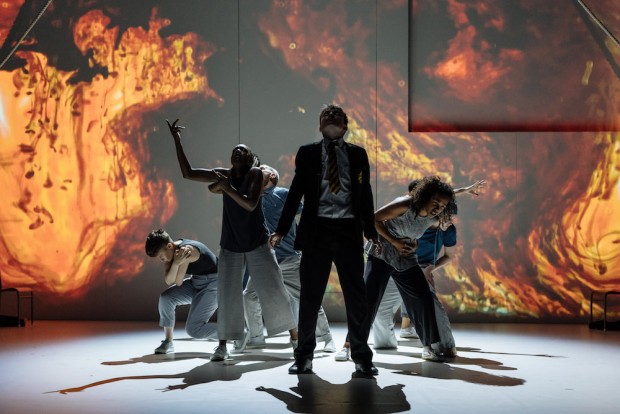 There are few subjects as emotionally fraught as the relationship between childhood and death. How do you explain the terminal illness of a parent to their young teenage child? How can they be protected against the devastation of loss? And what do they feel about the situation? Based on an idea by Siobhan Dowd, Patrick Ness, a novelist who writes for young adults and children, published A Monster Calls in 2011. This award-winning best-seller tells the story of lonely 13-year-old Conor O’Malley, whose Mum is sick with cancer, and shows how he experiences the feelings that arise from the illness.

At first, Conor is coping. He helps his Mum by getting himself ready for school, preparing food for her, cleaning the house and doing the laundry. But, in fact, he is not coping at all well. His classmates know about his Mum’s illness, and they bully him. At night he has bad dreams, and he shouts in his sleep. Mum can see that he’s under stress so she asks her mother, Conor’s Grandma, to come and stay with them. She can help with the chores. And she can bring some of her old wigs (Mum has lost her hair during chemo). The problem is that Conor doesn’t want Grandma to come: he resents her patronizing attitude to him. He thinks that he and Mum can cope on their own.

Also, Conor has a secret. One day, when he wakes just after midnight, at 12:07 precisely, a monster calls on him. And it takes the shape of an ancient yew tree. The monster says that it will tell Conor three stories, and then Conor will tell it the fourth — and it will be the truth. Sure enough, the ancient yew tree tells the young teen three scenarios, which are like fairy tales or folk stories, and they each have a twist, a mild subversion of expectations. And, as the creature predicts, in the end, as Conor faces the imminent death of his Mum, the boy comes to realize something of the complexity and of the depth of his true feelings about the situation.

Along the way, we learn much about the lore and significance of the ancient yew tree, described as “Herne the Hunter” and “the eternal Green Man,” as well as — more questionably — the “spine on which mountains hang”, and apparently a species that, unlike ourselves, can live for thousands of years. The school scenes show low-level bullying, a holy head teacher, and teen friendship and betrayal. The complexity of contemporary family life is acknowledged, with, in this case, a Dad who is separated from Mum and lives in America with his new family. The links between magical thinking, traditional medicine, and modern medication are discussed, while the reality of death is never shirked. Feelings of goodness sit side-by-side with anger. And all of this is painted in light and music.

Sally Cookson’s adaptation of A Monster Calls is a co-production between the Old Vic in London and the Bristol Old Vic, where it opened at the end of May this year. Devised by the 13-strong company of actors, it is a feast of visual and aural stimulation. Each of the free-flowing scenes takes place on an empty stage, designed by Michael Vale and usually with only a few chairs for props (creating a home, a classroom, a car, a hospital) and a forest of ropes which the cast use to create a makeshift yew tree and other effects. Dick Straker’s video projections evoke nightmares and sensory hallucinations; and a band, situated on a backstage platform high above the action, play Benji Bower’s pulsing and atmospherically eerie music. The effect is powerfully emotional and intensely focused.

The cast, led by Matthew Tennyson as the stoical, questioning, then occasionally raging, Conor, create beautiful and expressive stage pictures with simple movement under Cookson’s direction. Her collaboration with writer and dramaturg Adam Peck borrows much of Ness’s original dialogue and structures the story in a simple and logical sequence of events. At its best, it retains the strengths of good writing for young adults and gives plenty of scope for the cast, most of whom play a part in the ensemble as well as a single character. I was particularly impressed by Stuart Goodwin’s fearsome Monster, Selina Cadell’s down-to-earth Grandma, and Marianne Oldham’s good-natured and loving Mum. John Leader plays Harry, the chief school bully.

There’s a cool efficiency about the production, which is its greatest strength — and chief weakness. Cookson’s work is always smooth and watchable, but it is also relentlessly banal and totally predictable. Theatrically, it never ruffles your expectations: there are no surprises, no rough edges, no passion. However attractively you dress it up, it is a story of few character insights, and not much plot either. There is no wit, little humor, and not much imagination. For a play about storytelling, most of the story is oddly unengaging and bland. Worst of all, it does the audience’s moral work for them, being increasingly didactic and offering its sincere insights into loss, love, and feeling on a plate. Instead of making us struggle for our understanding, it lectures us with a message. That message is a wise one, okay, but the way it’s presented feels like emotional dictatorship.

The more you think about this story, the less inspiring it becomes. The picture of Dad that is presented is of a distant figure who has no real feeling for his son; Grandma is a bit too bossy and old-fashioned for too long to be much more than a caricature, and while the solitary Conor is the most convincing character on stage, with his teen awkwardness and unpleasant strops, the saintly headteacher and the cheerfully stoical and self-sacrificial Mum lack the darkness that comes from reality. The idea that it’s okay to smash up your Grandma’s flat, or that bullies deserve to be beaten into a pulp, is similarly unhelpful. Likewise, the idea of the Monster as a male fairy Godmother — even if as a metaphor — seems to deprive Conor of all agency. I know it’s fiction in a good cause, but really. Really? It’s really not good enough.