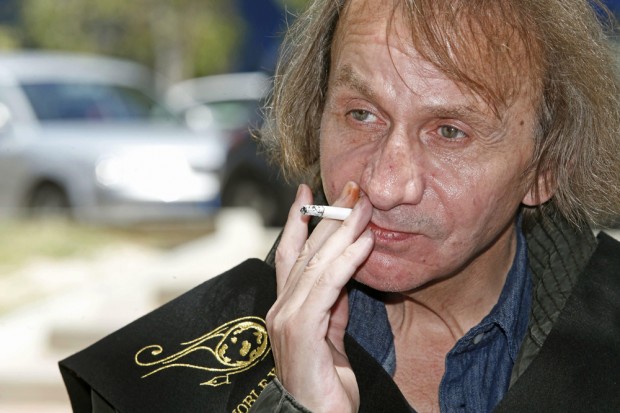 Text of the day: “‘Under the circumstances,’ he went on softly, ‘the National Front may well win the run-off. If they do, their supporters will force them to pull France out of the EU, and abandon the euro. It may turn out to be a very good thing for the economy, but in the short term we’ll see some serious convulsions in the markets. It’s not clear that French banks, even the biggest ones, could hang on. So I’d suggest you open an account with a foreign bank — ideally an English one, like Barclays or HSBC.’” (Lempereur in Michel Houellebecq’s Submission)