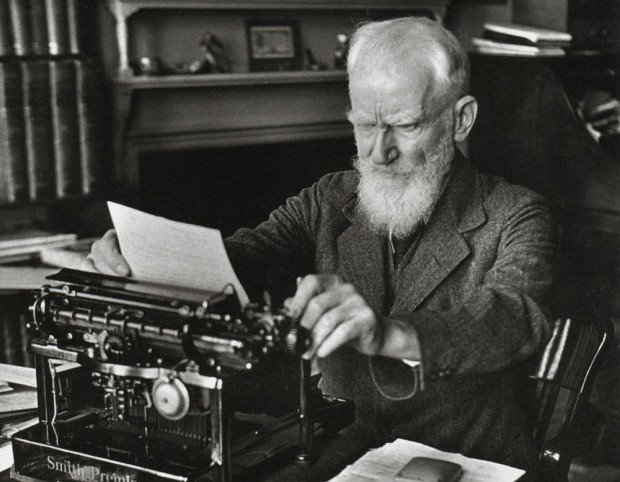 You’d think that there is no more to be said about George Bernard Shaw. You’d be wrong. As Professor Christopher Innes and mezzo-soprano Brigitte Bogar say in the informative booklet for their recently released CD of Shaw’s Musical Universe, the songs composed by GBS and his opera-singer mother Lucinda Carr-Shaw “are almost completely unknown”. And although they have been performed sporadically since their composition some 100 years ago and more, this is the first recording of them. Likewise, there is some irony in fact that although Shaw was the most important music critic of late-19th-century Britain, very few of his songs have survived, and those that have are sometimes only sketchily composed. This charming and beautifully sung CD offers a superb way into his music. It includes songs by Lucinda that Shaw would have heard in his boyhood, other songs composed by her, and a good selection of Shaw’s music, including a setting of Shelley’s 1821 poem, “When the Lamp Is Shattered”, plus music from Caesar and Cleopatra, Captain Brassbound’s Confession and St Joan. The songs are delightfully performed by Brigitte Bogar, accompanied on the piano by Raisa Nakhmanovich, both of which create an ambiance that manages to transport you in time. The whole team must be warmly congratulated for this discovery, which involved a lot of research work and is available for $20 from brigitte.bogar@gmail.com or cinnes@yorku.ca.