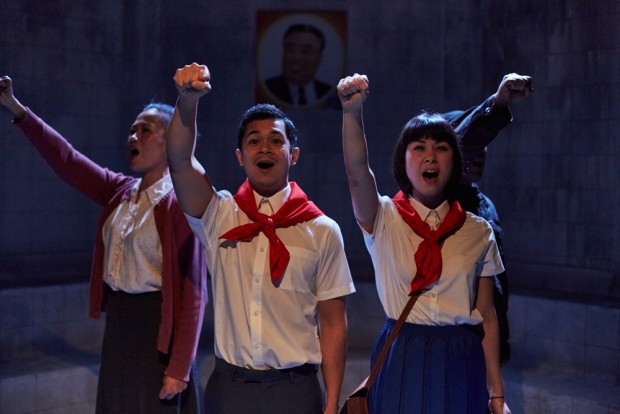 Text of the day: “Imagine a city of people who were once like us. But they’ve been infected by a virus. They have a sick relationship with America, which embodies every single vice. The relationship is like that of a weak woman with a man who beats and abuses her but she can’t leave him because she’s completely dependent on the scraps he throws her way. Unlike us, the South Koreans weren’t masters of reconstruction in their own country. They don’t have the strength and revolutionary spirit of self-reliance. They have no pride in themselves and want only to imitate the Americans.” (Producer in In-Sook Chappell’s P’yongyang)