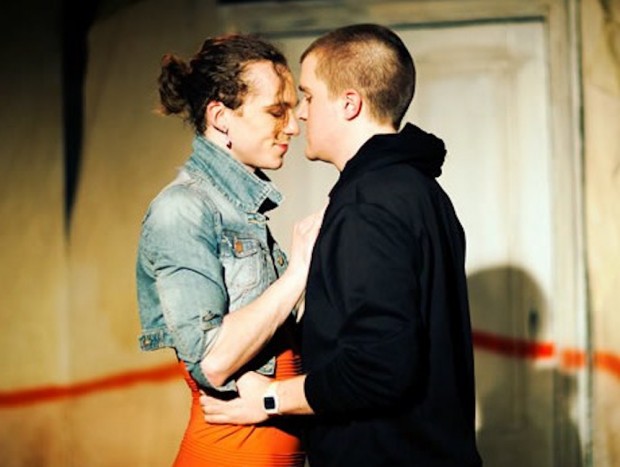 The whole point of timely revivals of contemporary new plays is that their meaning morphs in front of your eyes. When Philip Ridley’s masterpiece, Mercury Fur, was first staged in 2005 it seemed like a sci-fi dystopic vision of a ghastly future. Seeing it revived by Ned Bennett for the Greenhouse Theatre Company at the Old Red Lion this week, I thought that its febrile atmosphere was lit up by the afterglow of last summer’s riots, its account of lost youth given further currency by recent unemployment figures and its evocation of corrupt bankers seemed more like a reflection of society than a bar-room fantasy. The event was hot, the theatre packed, and the production was powerful and well acted. At one point, the rich Party Guest even says, “We’re all in this together, ain’t we?” And, as if this reminder of the bad faith of our disgusting prime minister David Cameron was not enough, there was a jerrycan full of petrol to remind us that his cabinet of cretins are currently laying waste to the country. After the show, I went to Angel tube station on my way home. In the ticket hall, there was a hand-written notice: “Politicians and nappies have one thing in common — they both need changing regularly.”