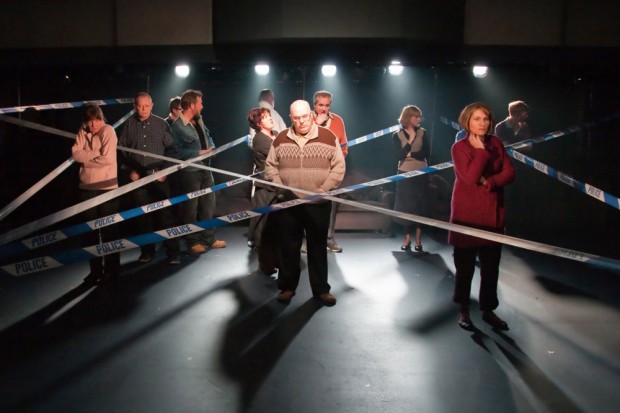 Over the past three weeks, several journalists and commentators have tried really hard to make a fuss about London Road, the National Theatre’s verbatim theatre musical by Alecky Blythe (with composer Adam Cork and director Rufus Norris), which is about the effect on the local community of the 2006 Ipswich murders. In fact, the latest piece in the Observer feels as if it’s coming a bit late to the party. Here the headline — “We shouldn’t make entertainment out of others’ tragedy” — is a bit inelegant, but you get the picture: a musical about the murders is artistically fine, but it does offend the bereaved. But does it really? Of course, relatives of the murdered women have spoken about their dismay; but have they actually seen the show? And since when do the victims of any atrocity have any say in its representation? If they had veto rights, there would be no news, let alone docu-drama or documentaries. I suppose a lot of the fuss in this instance comes from the link in the public mind between the word musical and the word entertainment. Now, a lot of London Road is very pleasurable, but it is also a dark piece, and a thought-provoking one. It’s not a song and dance show. It doesn’t trivialise or patronise. It’s a serious piece of theatre.