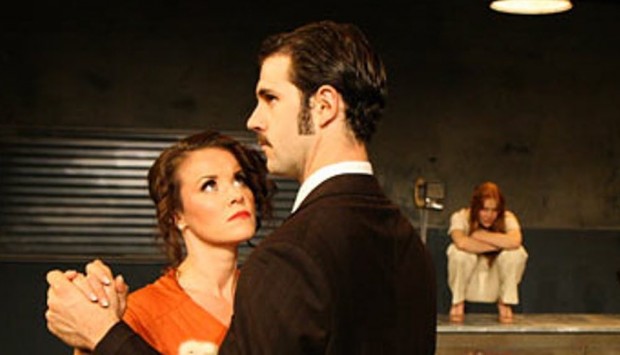 Confessions of ignorance are boring so I’ll keep this brief: I’ve never seen Jean-Paul Sartre’s 1943 classic Huis Clos (No Way Out). Until last night, that is, when I watched Luke Kernaghan’s new RunAmok production at the Southwark Playhouse. Since I’m always complaining that revivals of classics are unimaginatively done, and that London theatre in August is moribund, I had a double comeuppance. But although, in order not to puzzle Pirate Dog, I won’t be eating my hat, I will say that this version, which reimagines the play and sets it in the context of the Disappeared of the Argentinian dictatorship of the 1970s, is simply excellent. With tango dancing choreographed by Kele Baker (BBC’s Strictly Come Dancing) and performances of both charm and integrity from Elisa de Grey, Miguel Oyarzun and Alexis Terry, this is a beautifully atmospheric rendition. As well as powerfully conveying Sartre’s confrontation with the appalling finality of death, the piece also illustrates exquisitely how “hell is other people”. In the shifting psychological maneouvres between the three protagonists, the power games of desire and disappointment, domination and revenge, are clearly and elegantly delineated. Watching this drama of interrogation and torture, you can clearly see how both Beckett and Pinter drew from this infernal well of inspiration. Great stuff.