Home » Blog » About A New World

About A New World 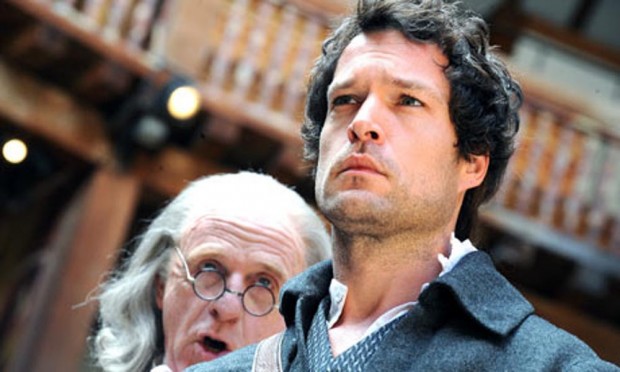 As an awareness of autumn begins to creep into my mind, and I see that Pirate Dog is also sniffing the air with a distinct knowledge of what is soon to come, I dread the trial of outdoor theatre. In fact, who invented this stupid idea? Look, I know that the ancient Greeks watched drama under the blazing sun and that the Elizabethans built open-air theatres, but why, oh why, do we have to follow suit? Outdoor theatre tends to be uncomfortable for audiences, perilous for actors and murder for dramatic subtlety. And yet. Last night, I went to see Trevor Griffiths’s A New World at Shakespeare’s Globe. This tells the story of the 18th-century radical, Tom Paine, and his adventures both in the American War of Independence and the French Revolution. I feared the worst, and armed myself with extra jumpers and a coat. In the event, the play, directed by Dominic Dromgoole, rolled along nicely and was a thoroughly engrossing experience. It was also a welcome blast of idealism in our all-too-cynical age.