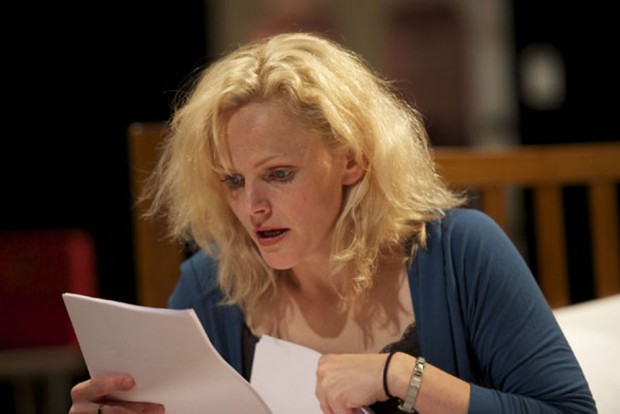 Can mere journalists write good plays? Sarah Helm has been Washington correspondent for The Independent during the first Gulf War in 1990, reported from Baghdad in the mid-1990s, and was based in Jerusalem for three years. So her debut play about the Iraq War, which stars Maxine Peake and opened tonight, is grounded in a career of watching the Middle East. It is also based on experiences much nearer to home: she is married to Jonathan Powell, who was Prime Minister Tony Blair’s close personal adviser during the ill-fated invasion of Iraq.

Certainly, after 9/11, Helm was in the thick of things. In one interview, she remembers calls from Dubya as she was putting her two daughters to bed, and Powell listening to hours of conference calls between Blair and Gordon Brown from home. The fact that he was extremely loyal to Blair gives her the title of this fictionalised memoir, which begins in her home and covers familiar ground. Once again, we hear of the bellicosity of George W Bush, Blair’s poodle posture and the old litany: the second UN resolution, the dodgy dossier, the David Kelly affair and the hunt for Weapons of Mass Destruction.

In the play, Helm calls herself Laura (Peake) and her partner Nick (the fact that they are not married is a running joke). The PM is the third person in their relationship and their Stockwell home is also well served by Marisia, an amazingly articulate Polish au pair. The constant ringing of a variety of phones is the daily soundtrack; red boxes stack up on the couple’s bed. Politics follows them into the bathroom, and Laura takes notes of all the calls. Liberal sensibilities will be tickled by the in-jokes about Bush, Blair, Brown and by the timely inclusion of a Rupert Murdoch phone call which shows him in typically manipulative mode. Yet none of this is in the least bit challenging, and the material is oddly inert.

Despite the conflict between Laura and Nick over the war — she is passionately against it — the play remains curiously undramatic. Laura feels sick about the war (twice); she cries about the war (twice). But she never questions herself; nor does she leave Nick. There is a distinct odour of complacency and semi-saintliness about her occupation of the moral highground. This results in a predictable, self-regarding and slow-moving non-drama. Sure, Helm has a journalist’s eye for detail — there’s a memorable mention of three black plastic bags with the remains of three Palestinians hanging on a tree in the Middle East — but the big story never catches fire. Perhaps journalists really are not the best people to dramatise politics.

In the second half, the scene moves to Downing Street with a fictional conspiracy theory which blames the Iraq War not on Blair, but on the fact that Donald Rumsfeld hoodwinked the British Secret Service. Such heavy-handed satire plods along dutifully towards a tedious conclusion. Directed by the Hampstead’s artistic director Edward Hall — whose magic touch has deserted him here — the text is too dull to animate Peake’s skills, and the rest of the cast remain similarly untaxed. Lloyd Owen’s Nick, Patrick Baladi’s PM and Michael Simkins’s head of intelligence do their duty, but that’s about it. On this showing, journalists should stay loyal to their own profession — and leave the playwriting to playwrights.