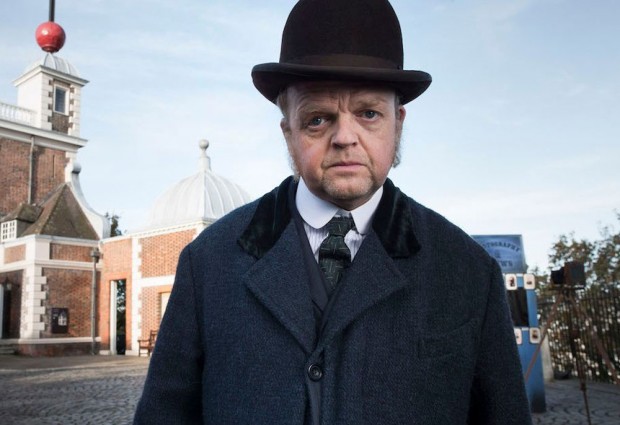 Text of the day: “You revolutionists,” the other continued, with leisurely self-confidence, “are the slaves of the social convention, which is afraid of you; slaves of it as much as the very police that stands up in the defence of that convention. Clearly you are, since you want to revolutionise it. It governs your thought, of course, and your action too, and thus neither your thought nor your action can ever be conclusive.” He paused, tranquil, with that air of close, endless silence, then almost immediately went on. “You are not a bit better than the forces arrayed against you — than the police, for instance. The other day I came suddenly upon Chief Inspector Heat at the corner of Tottenham Court Road. He looked at me very steadily. But I did not look at him. Why should I give him more than a glance? He was thinking of many things — of his superiors, of his reputation, of the law courts, of his salary, of newspapers —of a hundred things. But I was thinking of my perfect detonator only. He meant nothing to me. He was as insignificant as — I can’t call to mind anything insignificant enough to compare him with — except Karl Yundt perhaps. Like to like. The terrorist and the policeman both come from the same basket. Revolution, legality — counter moves in the same game; forms of idleness at bottom identical. He plays his little game — so do you propagandists. But I don’t play; I work fourteen hours a day, and go hungry sometimes. My experiments cost money now and again, and then I must do without food for a day or two. You’re looking at my beer. Yes. I have had two glasses already, and shall have another presently. This is a little holiday, and I celebrate it alone. Why not? I’ve the grit to work alone, quite alone, absolutely alone. I’ve worked alone for years.” (The Professor in Joseph Conrad’s The Secret Agent)