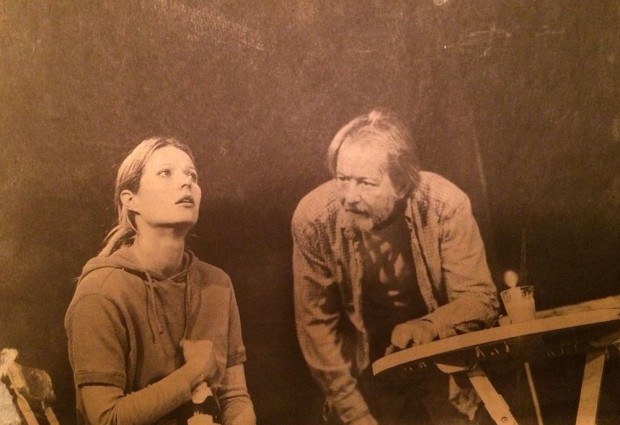 One from the archives: Hollywood actress Gwyneth Paltrow is one of many American stars to perform on the London stage. In May 2002, she starred in a revival of David Auburn’s Proof at the Donmar Warehouse. She proved to be quite a trooper: “Paltrow’s staying power wasn’t bad as became clear early in the evening performance on May 18, three days after opening night. While reaching for a notebook in the opening scene, the actress fell over a chair and into a table, severely dislocating her left knee. Quite literally hobbling her way through the rest of the show, Paltrow went on Sunday (luckily, her day off) to see an orthopaedic consultant at the Wellington Hospital. His diagnosis called for rest, but Paltrow wouldn’t have it. Abandoning a production without understudies just wasn’t an option. She completed the run wearing a knee brace.” (Matt Wolf, Sam Mendes at the Donmar: Stepping into Freedom [2002])